The visit included a tour of Aurora’s operations and was tied to the US Congress’ Bipartisan Infrastructure Investment and Jobs Act, which has passed the United States Senate and is pending for vote in the House of Representatives.  The bill would include support across Illinois communities for public transit, improvements to roads and bridges, infrastructure for clean drinking water, electric vehicle support, and improved passenger and freight rail and programs.

During the visit, Congresswoman Underwood and Ambassador Tai held a roundtable discussion that featured women-led manufacturing firms and union representatives from the Illinois 14th Congressional District. The event was hosted by Ayala and Bruce Pindyck, the chairman and CEO of Meridian Industries, Aurora’s parent company. 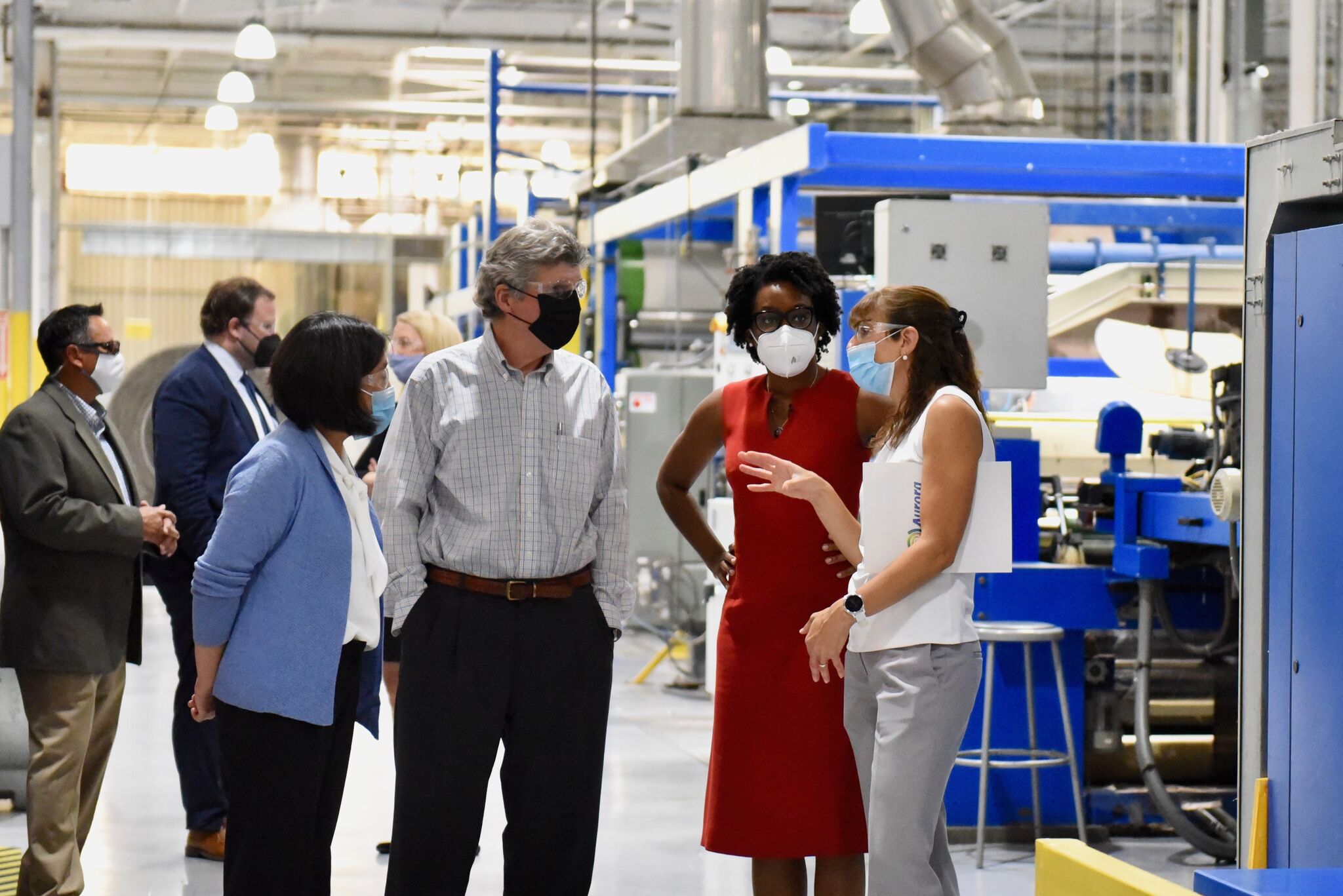 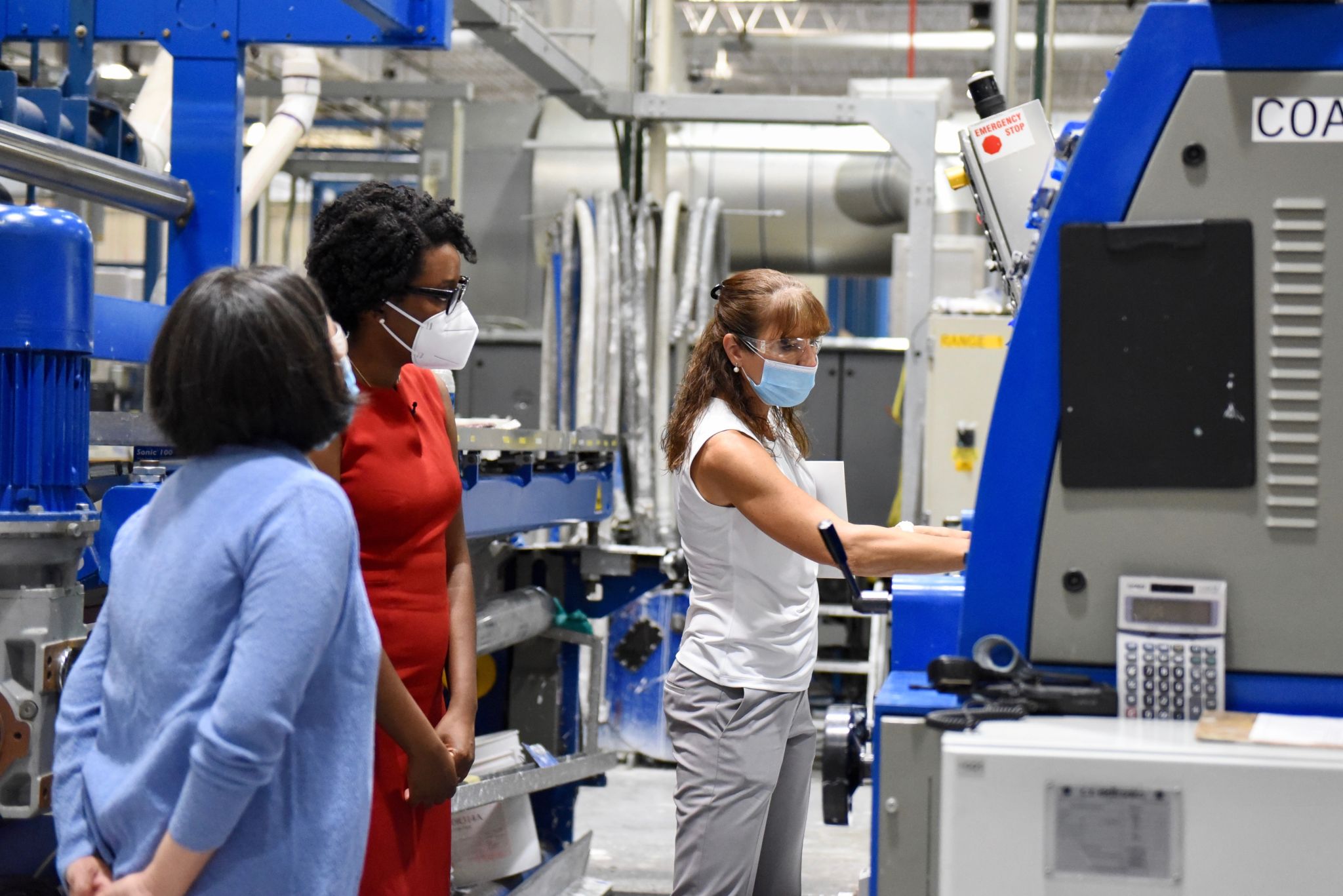 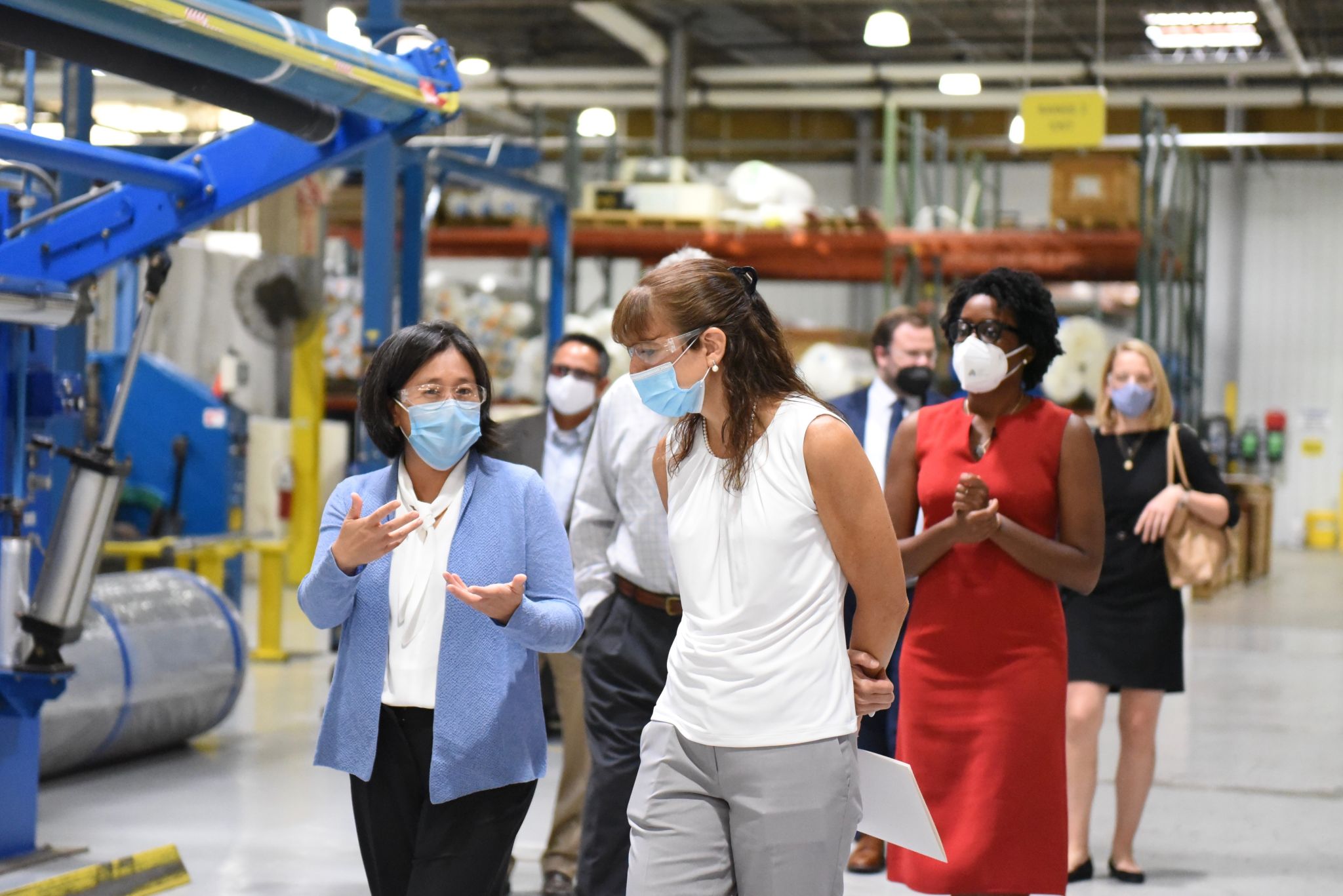 In addition to Marcia Ayala, manufacturing leaders who attended the round table discussion included Patricia Miller, CEO of Matrix 4; Chandler Slavin-Bond, Owner Doran Manufacturing, Inc.;  Gina Lipscomb of RJ Lipscomb Engineering; and Nicole Wolter, president of H. M. Manufacturing. Brian Simmons, Gladys Campos and John Gedney represented regional labor unions and their employees. David Boulay, President of the Illinois Manufacturing Excellence Center also participated.“We discussed the bipartisan infrastructure bill and other initiatives beneficial to US manufacturers that Congresswomen Underwood and Ambassador Tai are working on,” said Ayala. “It was a great opportunity to give our perspectives on issues currently facing manufacturers and issues specific to our businesses,” Ayala added. “The Congresswoman and Ambassador were very interested to learn about the challenges we face running our businesses and to discuss how those problems can be addressed through legislation and trade policies.”

Ayala pointed out that women currently account for fewer than one in three manufacturing jobs, although they represent about half of the overall workforce. “Currently,” she explained,

"manufacturing jobs are very difficult to fill and women are a huge potential to help fill the gap, so it is critical to attract them. In addition, diverse companies outperform those that lack diversity in their workforces"

Following the discussion, Underwood and Ambassador Tai toured Aurora’s manufacturing operations. This featured Aurora’s R&D lab, a tour of Aurora’s  Ranges and Inspection areas, as well as a visit to the plant’s quality lab. Press were invited on the tour and Congresswoman Underwood held a press conference afterward with media, roundtable participants and union representatives.

“I was very honored as the chairman and chief executive officer of Meridian Industries to participate as a host of the visit this week by Ambassador Tai and Congresswoman Underwood,” said Pindyck. “I am very proud that these two very accomplished governmental leaders were able to dialog with Marcia Ayala, our similarly accomplished president of Aurora, and other women business leaders and union representatives.  Marcia is a prime example of the opportunities for women at the Meridian group of companies and other manufacturing companies.  Our governing bodies and our manufacturing companies must continue to partner together to attract women to our companies as we work to grow and strengthen domestic manufacturing. 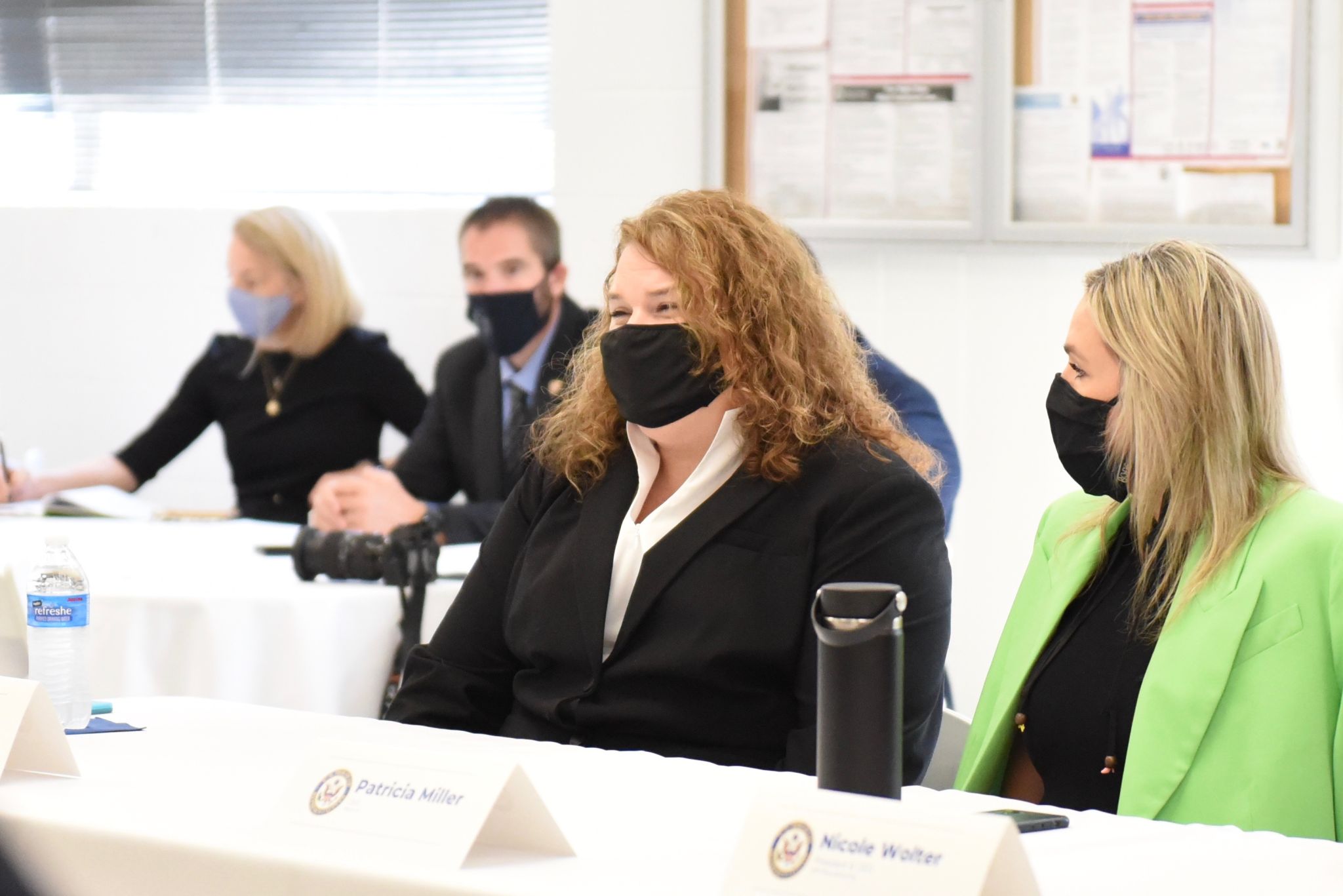 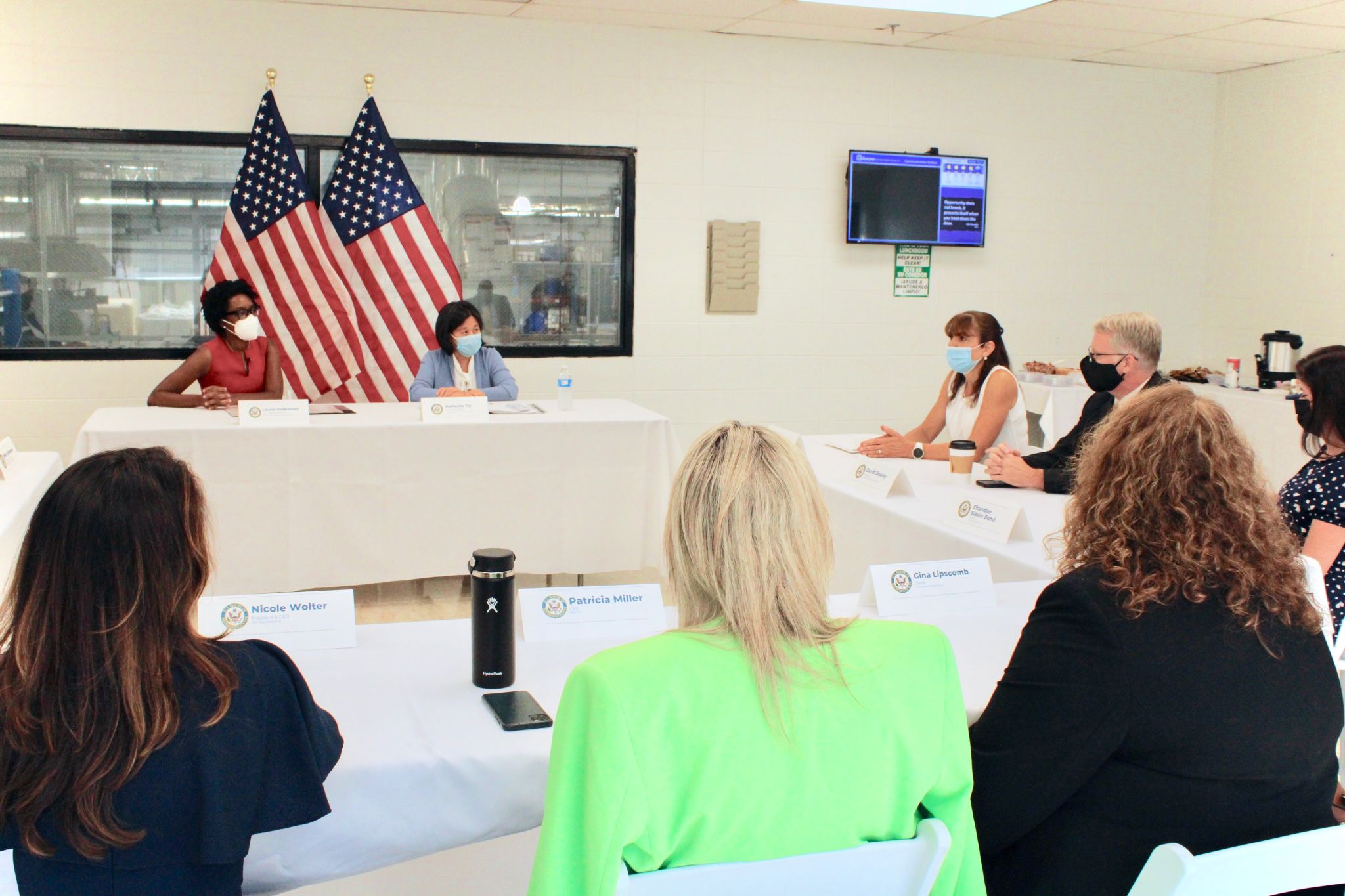 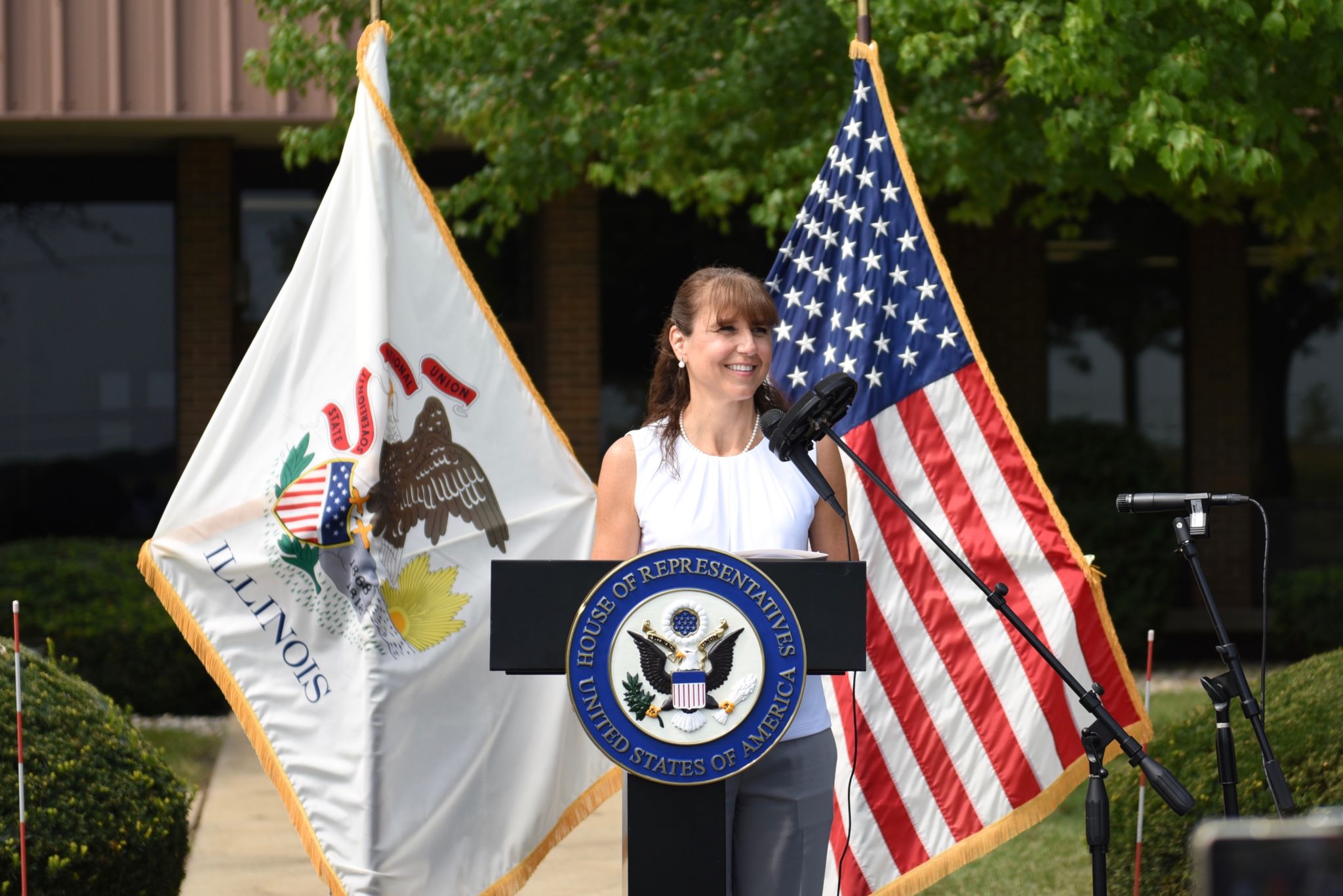